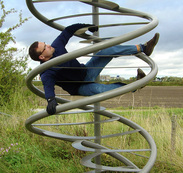 Ken began his doctoral studies in 1998 in the laboratory of Tyler Jacks at the MIT Center for Cancer Research, investigating the neomorphic effects of mutant p53 in a mouse model of Li-Fraumeni Syndrome.  While at MIT, he also helped develop a conditional mutant model of advanced lung adenocarcinoma. After graduating in 2005, Ken began a postdoctoral fellowship in the laboratory of David Tuveson at the University of Pennsylvania, later moving with the lab to the Universit﻿y of Cambridge in England. There he built a translational research facility for studying novel anticancer therapeutics in genetically engineered mouse models of pancreatic cancer. Ken joined the faculty of the Columbia University Herbert Irving Comprehensive Cancer Center in January of 2010, where he is continuing his investigations into the response of pancreatic tumors to ﻿therapeutic interventions. He also founded and directs the Oncology Precision Therapeutics Imaging Core within the Herbert Irving Comprehensive Cancer Center 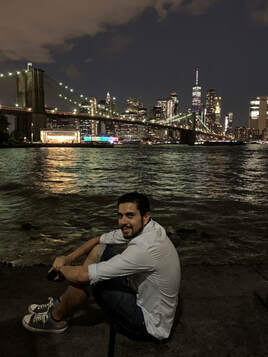 I got my BSc in Biology and Biochemistry at the University of Navarra (Spain). After studying a MSc in biomedical research at the University of Valladolid (Spain), I received my PhD working in the group of brain tumors at the Spanish National Cancer Research Centre (CNIO) studying the mechanism of chemoresistance and developing new murine models for glioblastoma using different genetic editing tools. My research in the laboratory of Ken Olive is focused on modeling PDA tumors as well as the study of novel therapeutic approaches useful for pancreatic patients. In my free time, I also love playing soccer, traveling as much as I can and spending time with my friends. 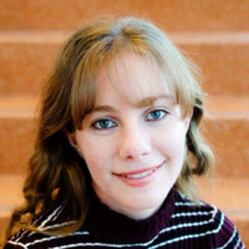 ​​​Amanda received her BS and MS from Drexel University in Philadelphia in Chemical Engineering. After graduating she went on to Ruhr University, in Germany, as a Fulbright Scholar studying under Drs. Georg Schmitz and Stephan Hahn. While in Germany she examined the effect of ultrasound intensity and duration on microbubble response during sonoporation. Specifically looked at how to tailor ultrasound settings in order to move microbubbles through layers of tissue without causing cavitation in order to more accurately target drug delivery. From Ruhr University she moved on to the NCI as a Post-Baccalaureate fellow where she worked under Dr. Kumaran Ramamurthi. While at the NCI she studied Bacillus subtilis sporulation, with the intent to recapitulate these pathways in vitro in order to create artificial spores for novel drug delivery methods. Utilized classical bacterial genetics to explore “spore quality control mechanisms” or how the cell monitors if sporulation is proceeding correctly. She discovered a pathway that linked spore quality maintenance to differential translation of mRNA transcripts. 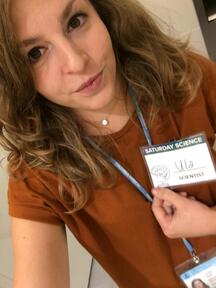 Something about me - I majored in Biotechnology and I got my B.Sc and M.Sc. from University of Wroclaw in Poland. During that time I worked in a Protein Engineering lab. Over there I worked on designing conjugates of FGF1 protein and cytotoxic drugs to further determine their cytotoxic effects in cancer cell lines expressing FGF receptors. During my Masters I did one year of an exchange at NC State - I took classes and did some undergraduate research in two biomolecular engineering labs. After graduation I got accepted to University of Virginia as participant of the Visiting Research Graduate Traineeship Program supervised by Polish-U.S. Fulbright Commission and went to Charlottesville. Spent the last two years in Dr Sanchita Bhatnagar's lab in UVA's Biochemistry and Molecular Genetics Department,  where I worked on 1) researching the role of microRNAs in the X chromosome inactivation and 2) pharmacological reactivation of inactive X-linked Mecp2 in cerebral cortical neurons of living mice. And now Im here - 1st year Pharmacology Program 🙂 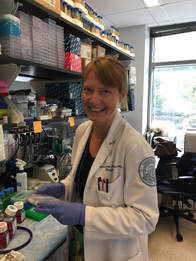 Irina received her Ph.D. in Molecular Biology from the Russian Academy of Sciences in 2006 for her work on melanoma cells escaping immune response. After graduating, she joined Dr. Peggy Crow’s lab at the Hospital for Special Surgery where she was looking for triggers of autoimmune diseases. Her current research at Columbia University is focused on the role of long non-coding RNAs in pancreatic cancer development. 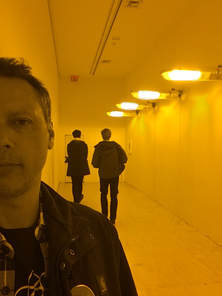 Steve received his B.Sc in Pathology/Immunology from the University of Melbourne, Australia. While working in the university's Department of Medicine at the Austin Hospital under Prof. George Jerums, he combined clinical diagnostics, small animal surgery and research projects in the areas of diabetes, reproductive endocrinology and osteoporosis. As a technical scientist, he has worked with and developed diagnostic and research techniques for a number of medical disciplines including Endocrinology, Liver & Kidney Transplant, Neuroscience, Laboratory Pathology and commercial biotechnology. Steve joined the Olive Laboratory to apply his diverse experience to managing the Mouse Hospital. 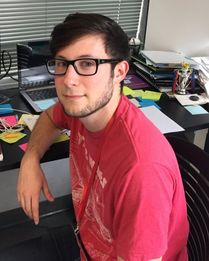 Carmine started his scientific career in the Olive Laboratory as an intern in the summer of 2011 and subsequently was hired as a technician. He graduated from Stony Brook with a B.S. degree in Biochemistry. Carmine works closely with Steve Sastra, putting in extensive hours in the mouse hospital. His work primarily involves taking and quantifying ultrasound images as a tool for diagnostics and research of cancer biology. 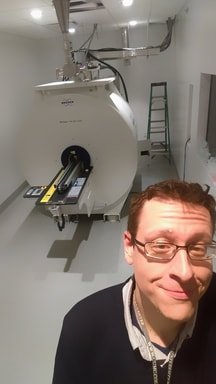 Christopher is the Senior Staff Officer / Imaging Scientist / Manager of the Columbia University Oncology Precision Therapeutics Imaging Core at the Herbert Irving Comprehensive Cancer Center.  Chris received his Bachelor’s from Fairleigh Dickinson University in 2001 and started working at the Garden State Cancer Center and the Center for Molecular Medicine and Immunology the following fall.  Chris moved to ImClone Systems and then Eli Lilly and company focusing of preclinical experimental therapeutics in their monoclonal antibody platforms and advanced through the company for over a decade.  Chris is very proud to have been part of the teams that has brought a number of breakthrough drugs to market, specifically Erbitux (Cetuximab) and Cyramza (Ramucirumab). Chris loves his position here at Columbia University where he gets to teach the next generations of research scientists throughout the Herbert Irving Comprehensive Cancer Center the benefits of noninvasive imaging like MRI, CT, Ultrasound and Optical for their ongoing longitudinal studies.  Born and raised in New Jersey, Chris is a diehard Yankees fan, and enjoys being very bad at golf when he gets to play, when he is not playing Ingress on his phone. 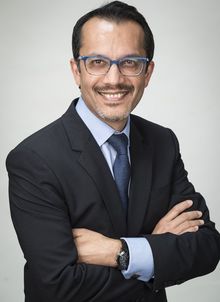 Gulam received his Ph.D. in 2000 from the Department of Biochemistry at the University of Wisconsin-Madison. His thesis research focused on virus-induction and inhibition of apoptosis with an emphasis on studying the mechanism by which Inhibitor of Apoptosis Protein’s (IAPs) exert their function. He then performed a post-doctoral fellowship at Millennium Pharmaceuticals where he identified a gene family that contained the Pyrin domain, a novel death domain. Amongst these genes, Pypaf1/NLRP3 was the first reported to be involved in activation of IL-1b and was later shown to activate the inflammasome. Gulam later pursued proteomics studies on Alzheimer’s disease and biomarker identification for colorectal cancer at Elan Pharmaceutical’s and MDS Proteomics before pursuing his clinical training. He pursued his medical degree at Ross University and Internal Medicine Residency training at Albany Medical Center. He is currently an Assistant Professor  in the Department of Hematology and Oncology and the Director of Pancreas Oncology at New York Presbyterian Hospital/Columbia University, and is interested in translational studies to target GI malignancies, in particular pancreas cancer. 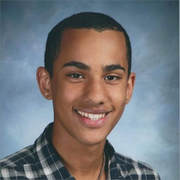 Brandon is an undergraduate student in the Fu Foundation School of Engineering and Applied Sciences at Columbia Univeristy. He is currently working on investigating the function of the transcription factor Nuclear Factor (Erythroid 2)- Like Factor 3, otherwise known as NFE2L3, in the development of pancreatic cancer. 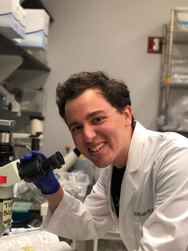